Home » PS4 » 5 Solid Reasons Why Playstation Is Better Than Xbox

Image by InspiredImages from Pixabay

Are you on the fence about which gaming console you should go with?

Well, I have been thinking about this over the past few days and after doing some detailed research on both of these consoles, I was able to come up with quite a bit of info on this which I’ll be sharing with everyone today.

I’ll also be basing this info off my own personal experience that I’ve had with both of these consoles and showing you why I would recommend one over the other.

In the following post, I’ll be providing you guys with 5 solid reasons why I firmly believe that Playstation is better than Xbox.

I’m sure that you guys have many questions about this and I’ll be doing my absolute best to answer each and every one of them in the following post.

However, like always, If I fail to answer your questions feel free to leave them for me in the comments below.

I’ll be breaking this info down into the following sections so that it will be so much easier for you guys to navigate this post and find the info you’re looking for in the least amount of time.

Let’s get started, shall we?

My Personal Experience With Both Consoles

Before we get started today, I would like to share my personal experience that I’ve had with both Playstation & Xbox so you know that I’m not biased.

Like I’ve said in my about me page as well as many posts on this site, I’m a huge gamer and have grown up around video games my entire life ever since I was a kid.

I have personally owned both of these systems and have gotten years of entertainment from both of them.

I have been with PlayStation since late 2006( Going on 13 years now) and within that time I have only had to send them in for repairs twice.

However, I wish I could say the same thing about my Xbox but unfortunately thats, not the case.

Continue reading to find out how my Xbox experience has gone down.

What kinda issues did I have with Xbox to make me come back to the PlayStation?

How many of you guys remember the red ring of death?

Unfortunately, I have experienced this many times in the few years that I have had an Xbox, but when my Xbox decided to go out on me right when I beat the high score on Guitar Hero was when I had finally had enough.

After going through three 360 consoles in under a year I figured it was time to switch back to the Sony PlayStation as this is the console that I had grown up with and have had for most of my life.

Can you really blame me, tho?

How many of you guys can relate to this?

This is just one of the many reasons why I prefer Ps over Xbox and I’ll be revealing these in the next section so you’ll want to pay attention to what I’m about to share with you next.

I’m not sure about you guys, but whenever I’m in the market to buy a new console this is the #1 thing that I look for and it’s one of the main selling points of any gaming console.

PlayStation has got to have some of the best exclusive content out of any gaming console I have ever owned.

Sure Xbox has Gears of War and Left for dead, which are awesome games in their own right, but that’s about it that I’m interested in anyway.

PlayStation has an entire library of exclusive games that you won’t find anywhere else and here are just a few of the many exclusives that you’ll only find on the PS platform.

If you’re the type of gamer who enjoys playing high quality exclusive games that you won’t find on any other platform then I can assure you that the Playstation library of exclusive games won’t let you down.

Not to mention the fact that they are constantly coming out with grade A exclusive games each and every year and it seems like their list of exclusives continues to grow.

I have personally been waiting on Days Gone ever since it was announced at E3 back in 2016 and have already pre-ordered my copy.

If you’re the type of gamer who is all about exclusive titles and grade A quality games then the PS4 is definitely where you need to be for all the action.

This has got to be one of the best reasons I can think of that makes the PS4 (Pro) stand out above any other gaming console out there at this point in time.

A while back I wrote a detailed review on the PSVR headset, what games are compatible with it, and even explained how the technology works.

If you aren’t exactly sure what this technology is and how it works then you might want to check it out by clicking the link above.

If you have always wanted to go deeper inside your games and experience them like you’re inside the game then VR is something that you should seriously consider getting into.

As this technology gets to be more common and widely used I’m sure that the team over at Sony will continue to add more games to their ever-expanding VR library.

This is a feature that the Xbox One doesn’t have and after doing so research on this topic it looks like they have no future plans to bring it to their gaming platform any time soon.

The PS4 Pro is the only console on the market at the current time that I know of that will display games in true 4k resolution.

The Xbox One can stream content in 4K, however, it doesn’t have the ability to display it in true 4k.

It also will only upscale games to 4k which isn’t nearly as good as true 4K.

If you currently have a 4K TV and you’re looking to experience games the way they were meant to be played (In true 4k resolution) then the PS4 is definitely the console for you.

While Microsoft does have future plans to support 4K gaming in the near future, at this current time (March 2019) there is no way to play true 4K content on the Xbox One (S)

I have actually had a 4K television since 2015 so this was one of the huge selling points for me when deciding to upgrade to the PS4 pro.

With all the exclusive games coming out this year alone (Days Gone) (The Last Of Us 2) among many others you can’t afford to miss out on any of these grade A titles.

With the PS4 Pro, you can experience it in true 4K resolution!!

If you’re the type of gamer who is impatient and doesn’t like to wait for DLC content to be released to unlock other parts of your game then you should definitely go with a PS4 over an Xbox One.

This is because Sony has signed contracts with some of the biggest gaming companies out there so, therefore, this DLC content will be available for PS4 users before anyone else.

Personally, for me, this is a pretty big selling point as well because I always get excited whenever I hear that they are getting ready to drop some brand new DLC content for my favorite gaming series.

If DLC doesn’t play that huge of a role when making a purchasing decision on which console you’re going to buy next then thats cool, but for me, this is a pretty big issue.

If you’re the type of gamer who prefers a deep and rich storyline that focuses more on the single-player campaign and less on the online multiplayer, then the PS4 is definitely the right console for you.

To be quite honest with you guys today, I would much rather have a rich storyline type of game that put more detail and focus on their single-player campaign then the online gameplay any day.

Also if you’re into RPG’s as much as I am then you’re definitely in for a treat as there is an entire library of RPG’s for you to choose from so no matter what you’re into you’re sure to find it with the PS4 gaming and entertainment console.

If you have been on the fence as too which console you should go with, PS4 or Xbox One, then I really hope this post has given you some solid facts as to which one would make a great fit for you.

Having owned both consoles for a great amount of time, I personally favor the Playstation over Xbox any day but that’s just me.

I guess it all depends on what type of games you’re into and what features you’re looking for when you’re in the market to buy your next gaming console.

If you’re the type of person who is more into grade A blockbuster titles like the ones I listed above and you’re an RPG type of gamer like me then the PS4 would be the console for you.

However, if you’re the type of gamer who is more into FPS’s (First Person Shooters) and online multiplayer matches then perhaps you would be better off going with the Xbox Console.

The Xbox is geared more towards shooter games and online multiplayer games and less on story-driven singer player campaigns like PS4.

Whatever your case may be, I really hope this post has given you a closer look into some of the main benefits of owning a PS4 gaming system over an Xbox One.

Also, if I failed to answer your questions concerning this topic of interest then please leave it for me in the comments below and I’ll get back to you right away with a detailed reply.

Learn More About The PS4 Here 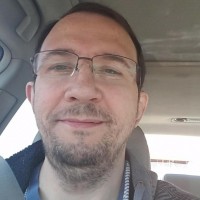 Corsair K63 Wireless Lapboard Review- Best Latency From Your Couch?
Next Post: 5 Solid Reasons Why The Xbox One Is Better Than The Playstation 4